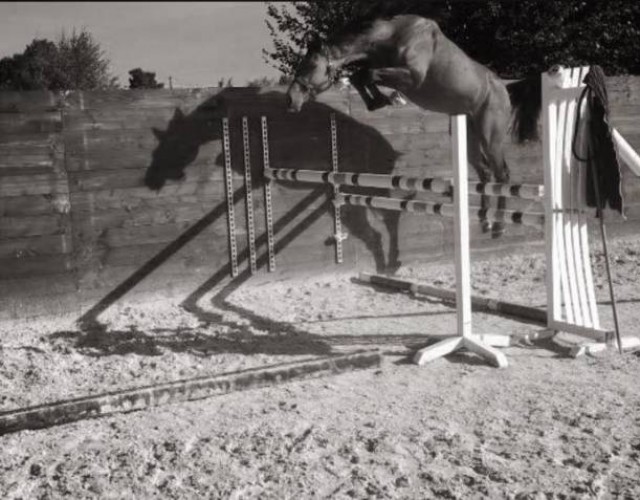 That Contendro I is currently belonging to the best progenitor of the new generation of Holsteiner stallions was recently proved by Christian Ahlmann who, with his son Codex One, won the GP in Aachen. Other 1.60m level show-jumping horses are Holiday by Solitair, Caballito, Queen Mary, Campbel, and Callahan.
Condarco, as the name suggest also has Darco blood in his veins.

Dam Tesse is a daughter of the former number one show jumping horse producer in Belgium.
She also produced Cappucino (Heartbreaker), licensed in the USA, on which Karl Cook jumped at Spruce Meadows in 2011 at 1.45-1.50m level.
More famous is Condarco’s half-sister Frisbee (Berlin), who under Mark Armstrong made her international breakthrough in Valkenswaard, Ebreichsdorf and in the Sunshine Tour, where she reached the top ten,ten times in thirteen classes. 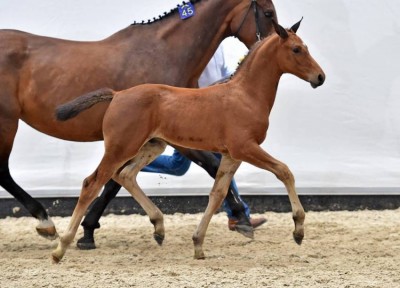